We are joined today by two-time GRAMMY Award winning operatic bass-baritone Dashon Burton. Dashon’s repertoire runs the gamut from the Baroque period to the present, and he has performed with many of the world’s leading orchestras and opera companies. He is a member of the contemporary vocal ensemble Roomful of Teeth, and has devoted his career to breaking down the arbitrary walls of what it means to be a Classical singer and artist.

As an internationally touring vocalist, he enjoys a particularly robust presence in early music, concert and orchestral music, and art song and recital. Although singing solo music from throughout the ages and traditions of classical music is the foundation of his work, his extensive experience in singing with ensembles has included work with Cantus, Conspirare, and the Grammy Award winning ensemble Roomful of Teeth. 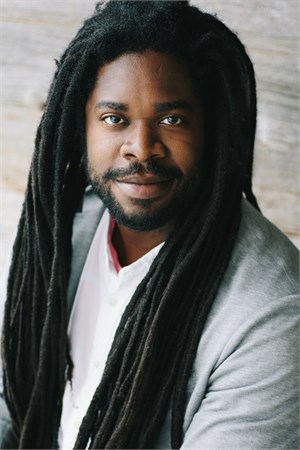 Bass-baritone, educator, and composer, Dashon Burton has devoted his career to tearing down the arbitrary walls of what it means to be a classical singer, an artist, and citizen for justice.

The 2020-21 season has seen its share of major cancellations and postponements, (including, among others, debuts with the Philadelphia Orchestra, Los Angeles Philharmonic, and at the Mostly Mozart Festival and the Tokyo 2020 NIPPON/Olympics Festival in Tokyo, Japan), but during the interim, he successfully continued to spread the power of the human voice through collaborations with universities and institutions gamely working to continue the tradition of building bridges of access for all. His work has included residencies at Vanderbilt University, The San Francisco Girls’ Chorus, Dartmouth College, College of the Holy Cross, and dozens of schools for younger musicians and students across the country. In addition to his education work, Dashon recorded a number of concerts while socially distanced. In October of 2020, he was a featured soloist in Conspirare’s Songs of Unity concert, a technological marvel featuring artists recording in their own studios from around the world, as well as the elite video production of Andrew Timm.

In the reminder of the 2021 season, Dashon will make his solo debut at the Caramoor Center for Music and the Arts for a live-streamed recital on March 21, 2020, featuring the works of Schumann, Bonds, and Price. He will also continue his decade-long presence in the community of the Bethlehem Bach Festival (PA), to take place in May 2020. He has also garnered his fourth and fifth nominations for the 2021 Grammy Awards for his work on two albums: Paul Moravec’s Sanctuary Road, and Ethel Smyth’s The Prison.