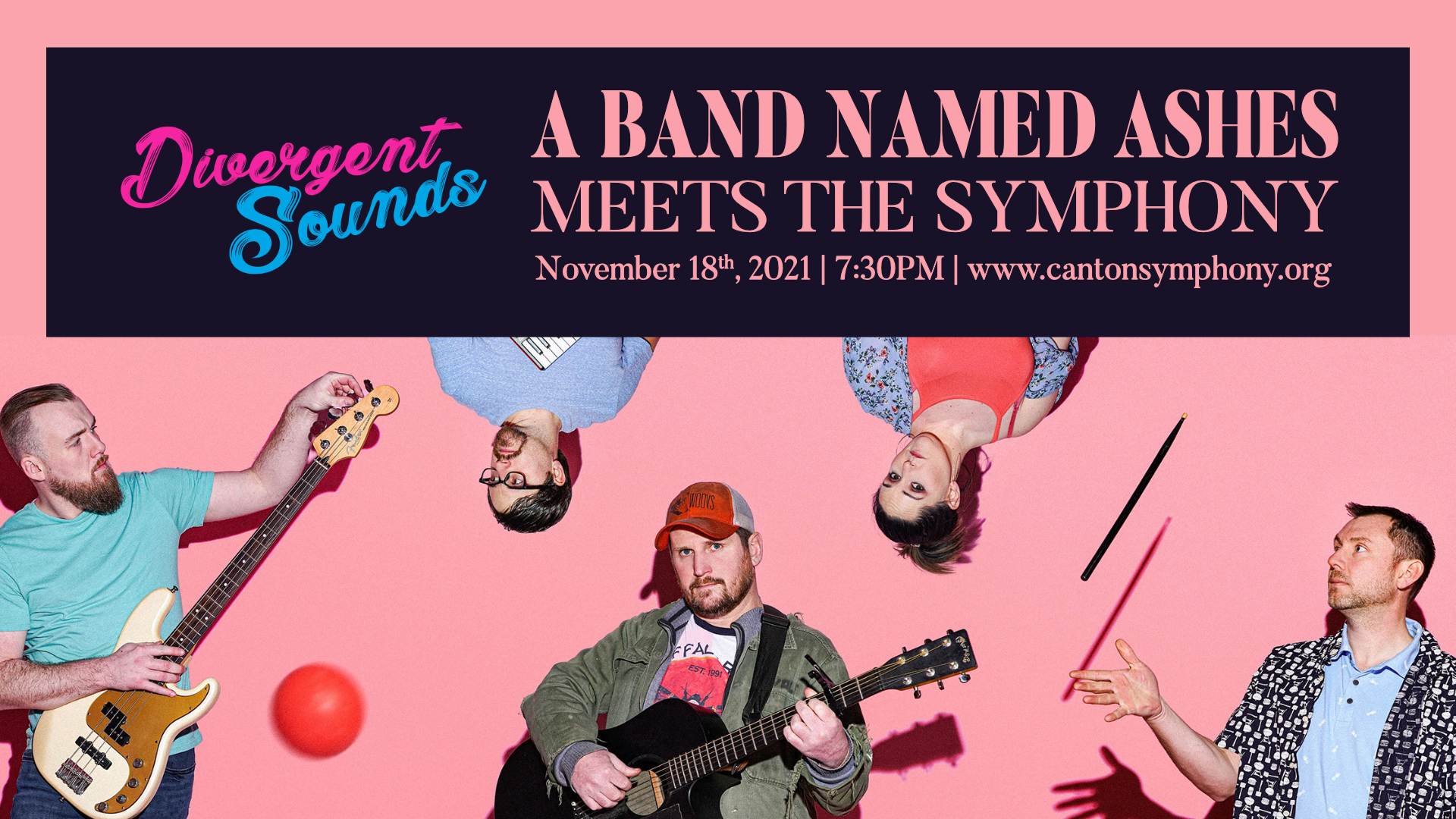 A Band Named Ashes is an American progressive folk band from Akron, Ohio and will perform for the first time with Canton Symphony on November 18th. We are incredibly excited to welcome them into our hall!

Forming in an Archwood Avenue basement around brothers Nate (vocals, guitar) and Seth Vaill (keys), were Patrick Lamielle (bass), Gina Wilson (cello), and Kevin Maher (drums), who each joined the band between 2006-2008. Blending influences from across the musical spectrum, ABNA released their first full-length studio album, “Circles”, in 2010, before touring throughout Ohio and the Northeast. In 2013, with a new arrangement of members, ABNA released their second album, “Asleep on These Feet, Again”. Since then, the original lineup is back in the studio working on a third full-length project at Just A Dream Entertainment and The Rialto Theater (Akron), which are owned and operated by Nate and Seth. Having navigated through some troubled waters, both as individuals and as a group, the bond between members is now stronger than ever since reuniting in 2018. Through the sounds they create together, they invite us all to share in the warmth and joy that music can bring.

Discover the new sound when two different musical genres are combined into one unique concert experience. Hear Canton Symphony Orchestra musicians perform with some of the region’s most popular artists. Concerts regularly sell out, so make sure to get your tickets early! Tickets are $20 and are available online or at the door.

We are now offering a $45 open bar pass.