As we near the completion of our Gerhardt Anniversary Campaign, we just wanted to thank everyone who has contributed or is planning to contribute thus far. Your support has been monumental to the success of our continued operations, programming, and educational efforts in a time where we cannot exist normally. So far, you all have generously contributed $10,025 when our original goal was a modest $4,000. We are a bit overwhelmed.

Even though we cannot be together in Umstattd Hall right now, it is amazing to know that our community continues to stand behind us. Classical music is alive and well in Canton, and we cannot wait to make a comeback bigger than ever before.

We can do it, thanks to you. 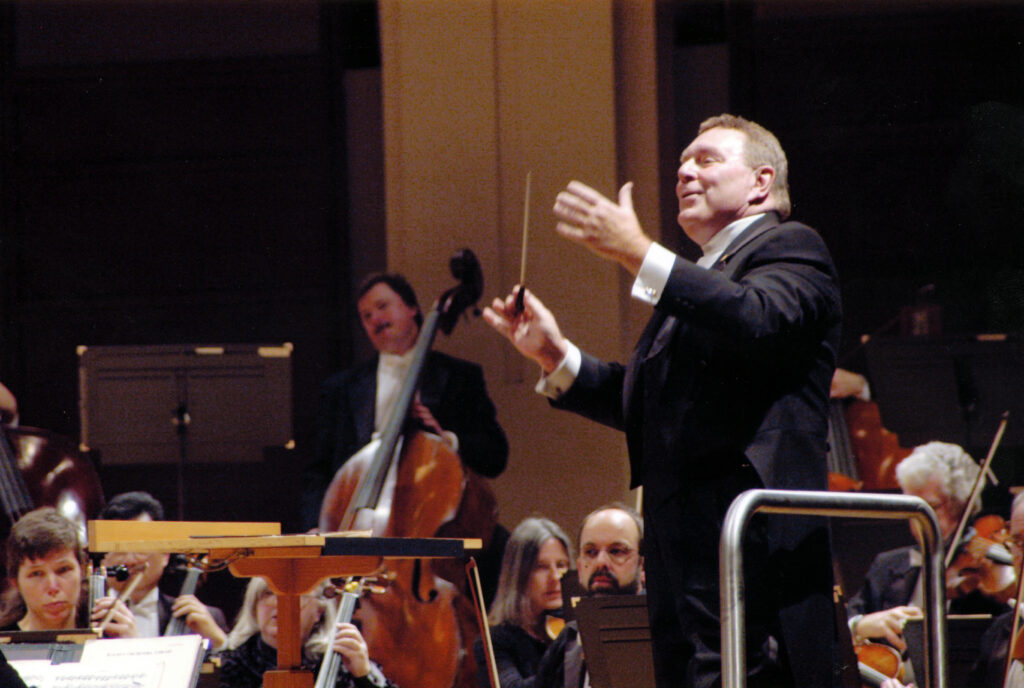 When Gerhardt first arrived in Canton, he was just over 30. He hit the ground running on October 12, 1980 with internationally known pianist André Watts as his first guest soloist. Since that first concert, he has conducted other renowned artists such as Yo Yo Ma, Emmanuel Ax, Menahem Pressler, Sylvia McNair, and Béla Fleck. Watts himself returned 10 times. Under Maestro Zimmermann’s reign as Music Director, the Canton Symphony has commissioned a dozen new works.

For his 40th Anniversary Season, we had planned another world premiere, a stunning visual performance of Shostakovich’s Symphony No. 7, Beethoven’s Symphony No. 9 and many more of Gerhardt’s favorite works. Unfortunately, those plans have changed.

Gerhardt has spent his entire career creating a gem of an orchestra in Canton, Ohio. For close to half a century, our orchestra has been a magnet for great young musicians and a launching pad for our nation’s best musical talent. Great music lives here because of Gerhardt. At the center of it all, Gerhardt is deeply respected by his musicians, revered by his audience and regarded as one of the best conductors of his generation.

Whether you a long-time subscriber, a loyal supporter, or a single ticket buyer, Gerhardt is here because of you. Gerhardt and the Canton Symphony would never have reached this milestone without the efforts of thousands of listeners and contributors over the years. As we approach the anniversary of his very first concert, we invite you to join in the celebration of this very special occasion with a gift to the Gerhardt 40th Anniversary Campaign.  Please join us with a celebratory gift of any size, and help us to keep the magic happening for many years to come.