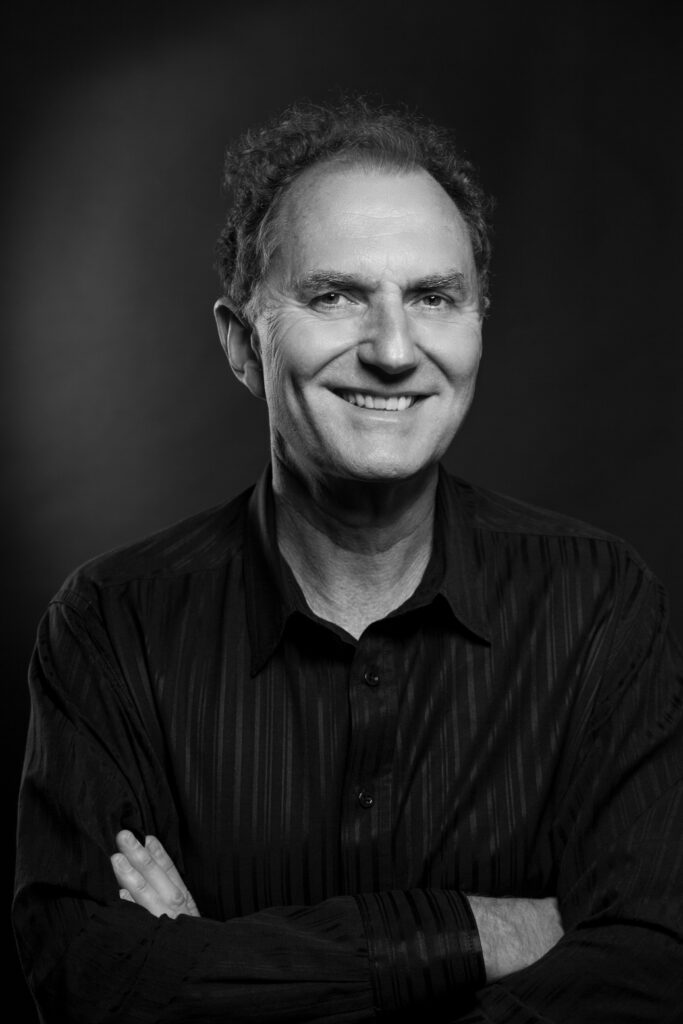 David Blamires was born in Yorkshire, England but grew up in London, Ontario, Canada. David got his start in music as a very busy session vocalist in Toronto, singing on thousands of jingles, album recordings, and soundtracks. As a member of the (U.S.-based) Pat Metheny Group from 1986-1997, he appeared on three Grammy Award-winning albums and performed for multitudes of fans all over the world. During this time, he also recorded and released his own self-titled contemporary jazz album, “The David Blamires Group”, throughout the U.S. and Canada.

In 1997, David and his family moved from Toronto to Chicago, where he began working as a staff composer for a very successful music and audio production company. David writes and records music for TV and radio commercials, for clients such as American Airlines, Coors, Proctor & Gamble, McDonald’s, Kraft, and many more.

David performs regularly around the Chicago area, both as a solo artist and as a guest vocalist with “Tributosaurus”, a phenomenally successful tribute/cover band. David is the father of an AAA hockey-playing daughter and is consequently never home and always broke. 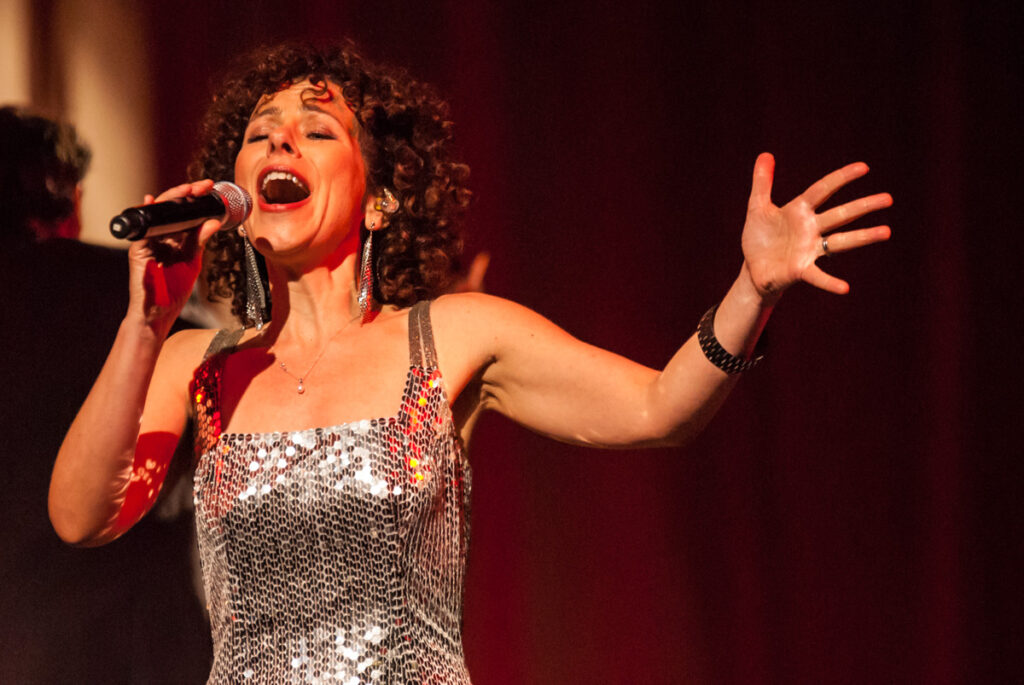 Stephanie Martin is a bilingual Canadian songwriter, singer and actor who has performed all over the world in award-winning theatrical productions and concert tours.

In the theatre, she has played leading roles in Les Misérables, Napoleon and Schwartz’s, the musical among others. In studio, she sang the voice of Pocahontas in the French version of the Disney movie as well as performing on many cast albums. On the concert scene, she has performed with symphony orchestras across North America, Europe and Asia.

Her creative songwriting is inspired by a lifelong spiritual inquiry and a passionate conviction that music has an unparalleled unitive power. Her first recording of original songs shape, line and harmony was produced by Chad Irschick (Susan Aglukark, Ron Hynes, The Rankins) and received widespread airplay and was critically acclaimed (“Among the year’s best new releases” – CBC Radio One).

Her second album April Snow also produced by Irschick, was released in 2016 and reached #2 in the Top 100 iTunes Adult Contemporary Chart in Canada and received rave reviews (“Luminous vocalist/composer Stephanie Martin not only possesses a delicious vocal instrument, but on her new, completely appealing recording, she also demonstrates her considerable chops as a composer of accessible, highly musical material” – The Whole Note). 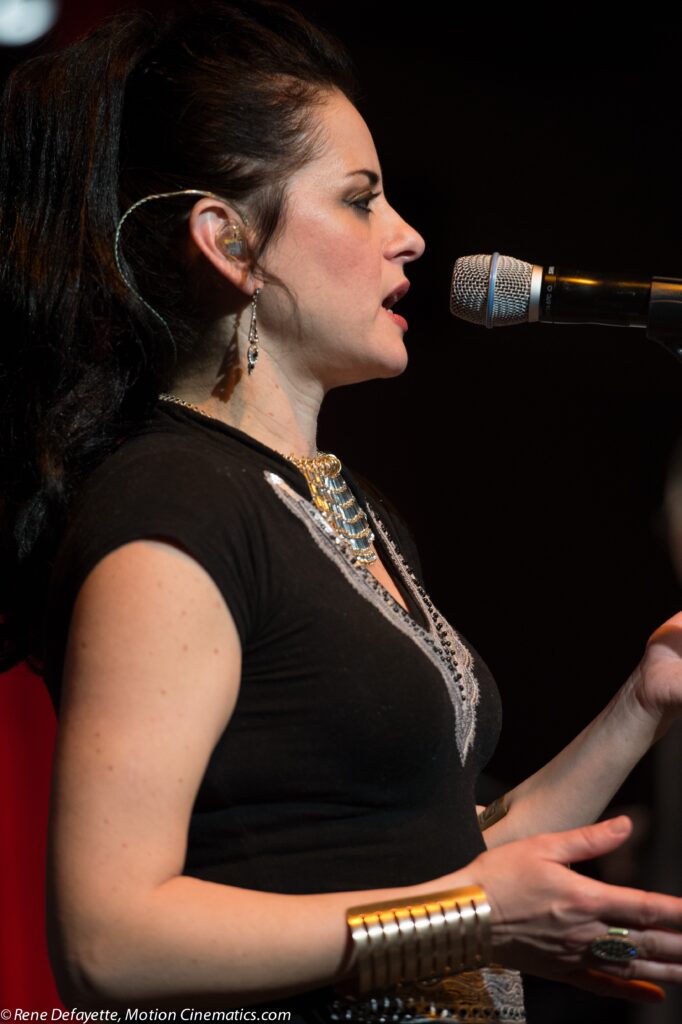 In addition to being a long time core artist with symphonic rock touring company Jeans ‘n Classics, Kathryn’s organizational skill set is put to good use as Office Manager, Administrator and Tour Coordinator for the company.

As a typically hardworking single mom Kathryn spends a great deal of time making school lunches or thinking about making school lunches, looking and laughing at her two gorgeous growing kids, and feverishly digging with her bare hands to find more hours in the day to make her long-awaited sixth solo album. 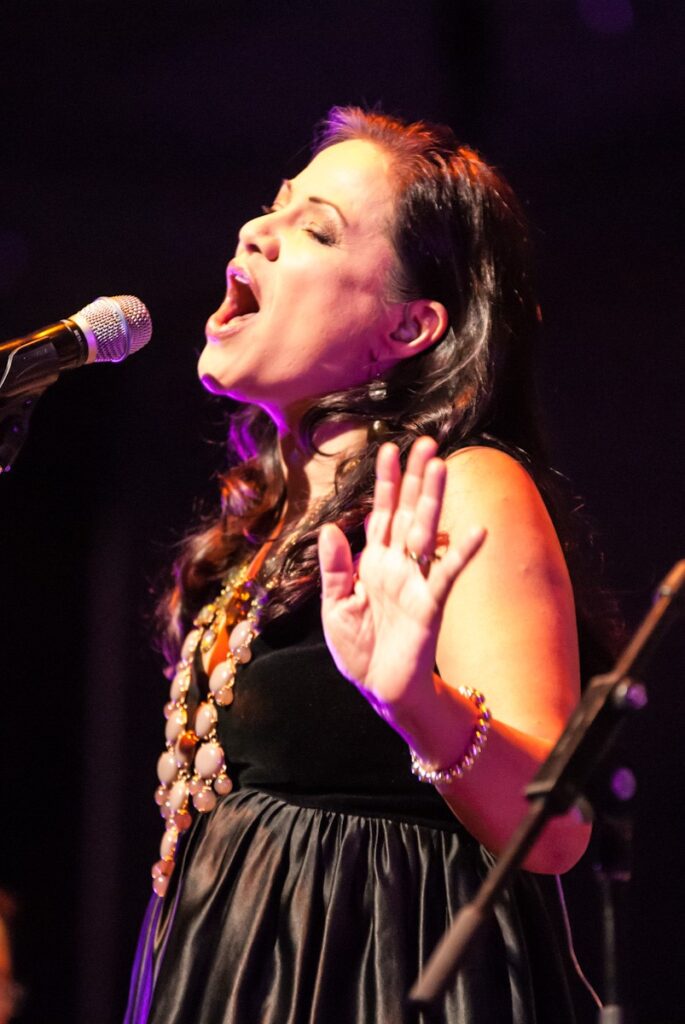 This core artist and featured soloist with Jeans ‘n Classics is also a busy session singer and voice actor in Toronto. Rique has lent her voice to many original projects and has sung and/or read thousands of memorable commercials for countless products.

Unlike most singers Rique started late, after being discovered in her mid-twenties by Marvin Dolgay (Tambre Productions) and Doug Paulson (TV’s Thrill of a Lifetime). She joined the union (ACTRA) and sang her for her first jingle the very next day. That jingle (for Thrifty’s Jeans) won an award, and work suddenly snowballed. Rique still considers many of the people she first worked with in those early days (Lisa Dalbello, Neil Donell, David Blamires, Johnny Rutledge, and others) as major influences.

Rique’s own songs are available at iTunes, and other online music retailers.