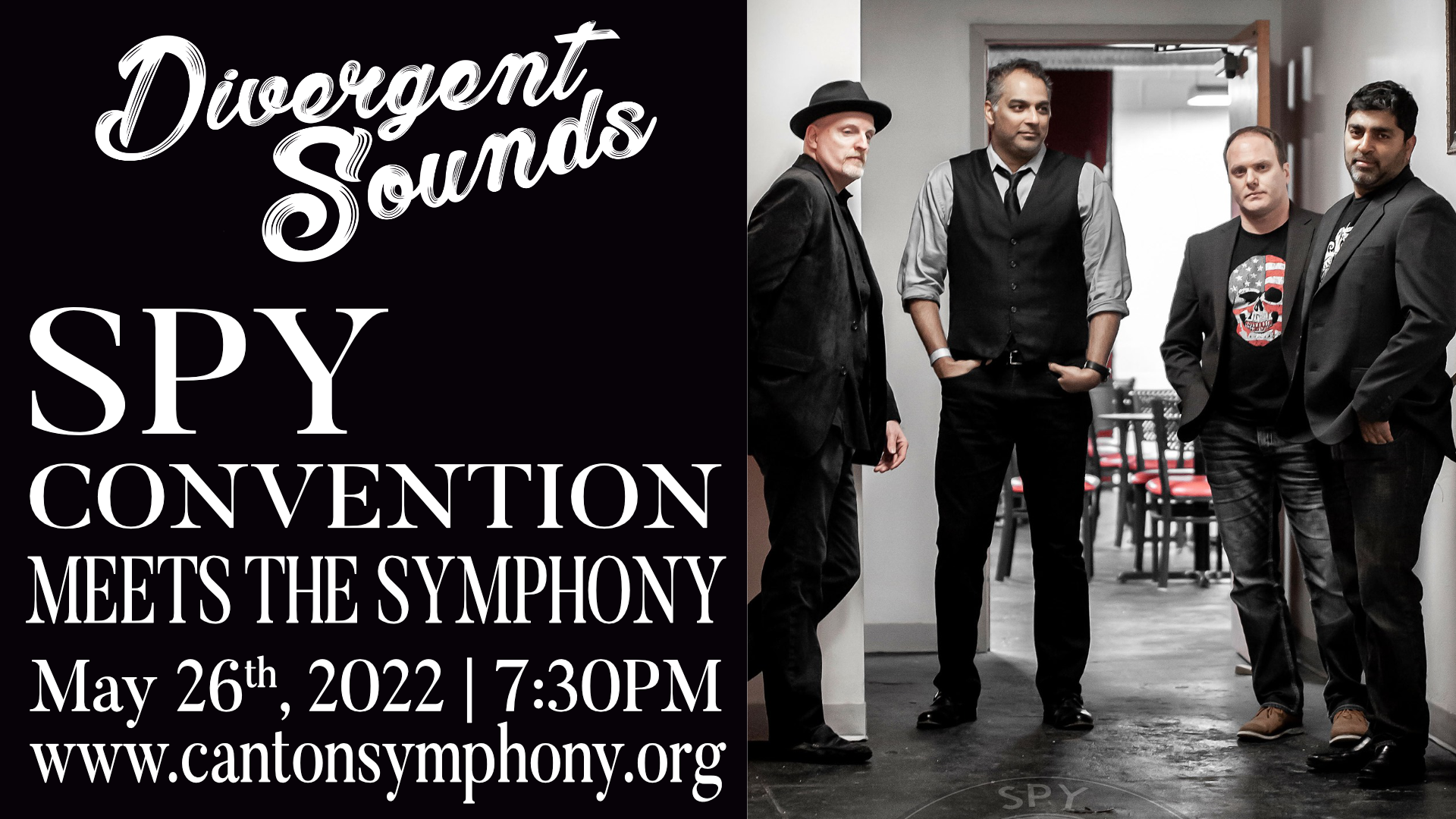 The Youngstown-based act with a sound steeped in the glory days of indie rock will perform as part of our Divergent Sounds series. Asif Khan M.D. and Zafar Sheik M.D., the duo of doctors that make up Spy Convention, were originally slated to perform in 2020. We are ecstatic to welcome them back to Umstattd Hall.

Band origins can be as much an adventure as the music, but who would have ever thought that two immigrants, one from India and the other from Pakistan, would get together and decide to write music? To really complicate things, both are practicing physicians with their own busy offices. Zafar Sheik, an ophthalmologist and Asif Khan, an allergist are also fathers and husbands who never could have imagined a chance meeting at their kids’ school function would result in writing, producing, recording, mixing and mastering songs all on their own. But that’s exactly how Spy Convention became a songwriting duo.

Discover the new sound when two different musical genres are combined into one unique concert experience. Hear Canton Symphony Orchestra musicians perform with some of the region’s most popular artists. Concerts regularly sell out, so make sure to get your tickets early! Tickets are $20 and are available online or at the door.