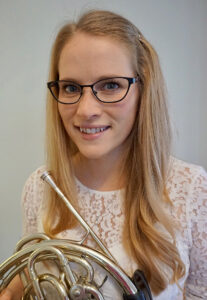 Due to an unfortunate circumstance concerning Cristian Zimmerman, we are substituting Prokofiev’sViolin Concerto No. 1 for his Symphony No. 7 in c# minor Op. 131.

What better way to celebrate our season of returning to the Umstattd Hall stage than a celebration of our fine musicians! Principal Horn Meghan Guegold steps to the front of the stage to show her skills. Guegold performs the first horn concerto of Richard Strauss. Known for his tone poems such as Also Sprach Zarathustra (the famous opening of “2001: A Space Odyssey”), Strauss learned about writing for the horn at an early age thanks to his father, a noted 19th Century virtuoso who performed in the world premieres of several Wagner operas.

Two composers make their Masterworks series debuts in this evening’s performance. Molly Leach was our inaugural Composer Fellow with the Canton Youth Symphony Advanced Orchestra in the 21-22 season. Composed to fulfil the fellowship’s commission, Glow takes inspiration from the glistening and glimmering of the natural world throughout the seasons of the year, from a crisp autumn morning to the shimmering of freshly fallen snow and a warm summer sunset. Joseph Bologne, Chevalier de Saint Georges, was an 18th Century Renaissance man who was equally at home performing on the concert stage and competing in the fencing ring. His brief but cheerful second symphony opens tonight’s program. Bookending the concert at the other end is Rimsky-Korsakov’s colorful Russian Easter Festival Overture, which we perform on the first weekend of Lent as we look forward to Easter and the coming of spring. 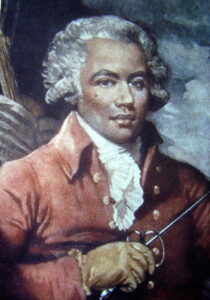 Joseph Bologne, Chevalier de Saint-Georges, was born in Baillif, Guadeloupe, in 1745 and died in Paris in 1799. He was not only a composer, violin virtuoso and conductor but also excelled as a fencer and athlete. His eventful life has inspired the imagination of biographers since the 19th century. As director of both the Concert des amateurs and the Société de la Loge olympique, Saint-Georges made a vital contribution to the artistic standard of these orchestras and he can today be seen as the first French violin virtuoso. Between 1775 and 1785, his compositions were of crucial relevance for the two main genres of French instrumental music, Symphonie concertante and solo concert. Their development went hand in hand with a rapid boom of the concert scene in Paris.

Unfortunately, Joseph Bologne has not received the recognition he deserves throughout the history of classical music. His work has not often been performed, only recently gaining attention in the industry. Canton Symphony is very excited to present his Symphony No. 2 during this concert. 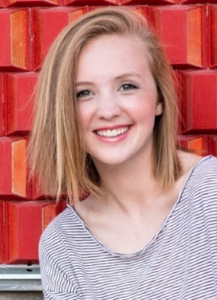 Born and raised in Austin, Texas, Molly Leach is a concert composer working to earn her Bachelor of Music in Music Compositionand Bachelor of Arts in Political Sciencefrom The College of Wooster. Now studying under Dr. Daniel Knaggs, she focuses on programmatic works for both choral and orchestral ensembles. Inspired by nature, the majority of her work seeks to capture elements of the natural world throughstrong motivic gestures, imagery, and creative explorations of tonality and its limits. Her research focuses on Queer and Feminist theories of political science, she works toward goals of equity and inclusivity in music. After graduating from The College of Wooster, Molly hopes to earn her Doctorate in Musical Arts preparing her to teach music composition and theory while continuing her own compositional work.