In today’s episode, Julian Maddox shares his own experience as a young musician of color in the orchestral world. We discuss what it really takes to bring about truly diverse programming on and off the stage and unpack “the canon” of orchestral music. This discussion gives us a glimpse into what work really needs to be done to bring inclusion and equity to our stages and musical institutions. 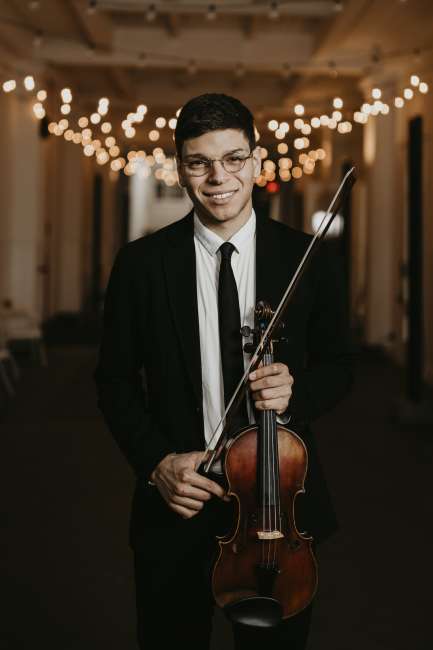 Julian Maddox is a violinist from Minneapolis, Minnesota. He began studying the violin
at the age of six, working extensively with Prof. Sally O’Reilly. Julian received his
undergraduate degree at the Cleveland Institute of Music in 2019, and he returned to CIM
the following Fall to pursue his Master’s degree with Jaime Laredo and Jan Sloman.
Julian has been a prizewinner in numerous competitions, including the Schubert Club,
Thursday Musical, MNSOTA, Dakota Valley Symphony, and MTNA Competitions. As
an avid chamber musician, his ensembles have won first place in the MNSOTA Chamber
Music Competition and have worked with members of the Cleveland, Takacs, Emerson,
Danish, Jupiter, and Cavani Quartets. In 2019, Julian joined the Adelphi quartet for a
summer residency at the National Orchestral Institute, and served as a teaching assistant
at the Pacific Music Institute in Honolulu, Hawaii. Currently, he is a contract member of
the Canton Symphony Orchestra, a substitute with the ProMusica Chamber Orchestra,
and a New World Symphony Finalist. In addition to his musical studies, Julian loves
brewing coffee, cooking, and he is also a huge football and basketball fan—both pro, and
college.