A year-long art installation to bring composers and local artists to the front...

Classical music listeners often forget about the composers behind the sounds they hear. We sit and bask in the music without much knowledge of the people who put pen to paper to create symphonies, concertos, and more. If we stop for a moment to imagine the person composing, the image is usually a male composer that is older and white. This is not surprising. For many years, composers represented on stage were primarily white men. While there is nothing wrong with Beethoven or Bach, the composers of classical music are much more diverse.

In the summer of 2021, Rachel Hagemeier, CSO Manager of Education and Community Engagement, and Errick Freeman, visual artist, molded the idea for the Composer Portrait Project. This portrait project aims to help the patrons of Canton Symphony Orchestra visualize the people behind the music and showcase the diversity we do not realize is on stage. Before each concert, portraits of the composers featured on that concert are unveiled to the public. Errick brought together a group of local artists, Dauber Copse Fam, to create art pieces on wood, 2’x4′ in size. Each portrait is unique, different in composition, and representative of the character of the composer. By the end of the 2021-2022 season, 25 composers will fill the space of CSO’s gallery.

The Composer Portrait Project not only aims to give viewers a deeper understanding of the diverse people who fill our stages with sound, but also support local artists in our community. Join us on June 18, 2022 at our annual gala to bid on these art pieces. 30% of all art sales will go back to the artists of this project. If you are interested in purchasing any of the portraits, contact rhagemeier@cantonsymphony.org.

Margaret Brouwer (b. 1940)
By Errick Freeman 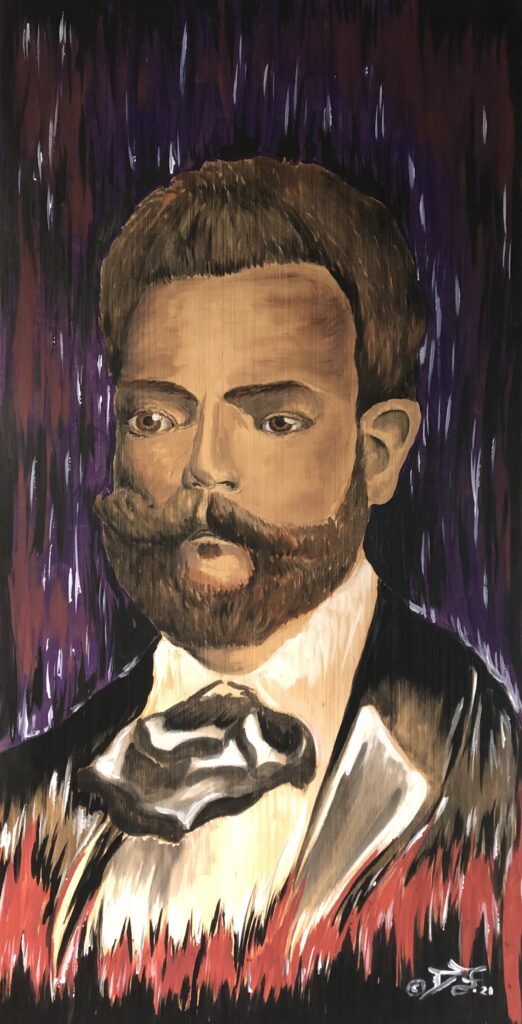 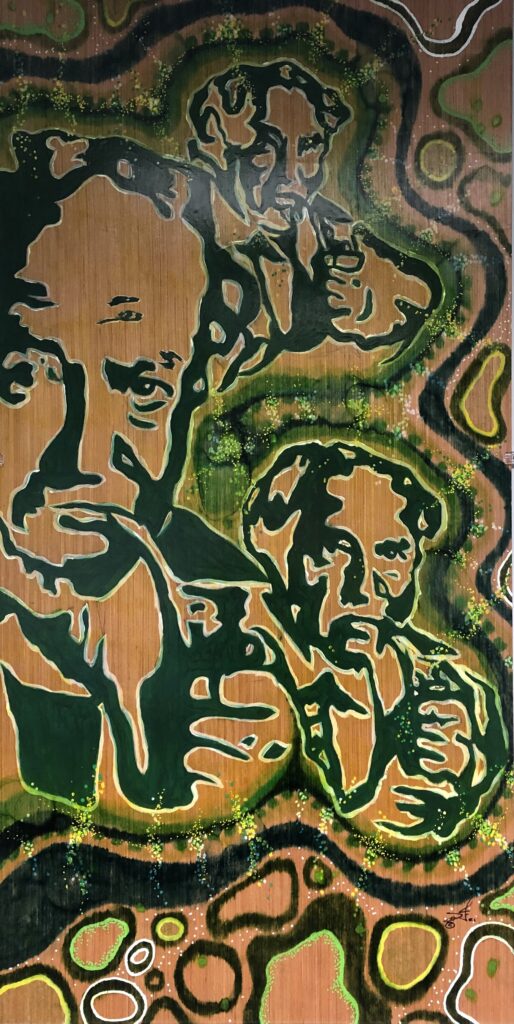 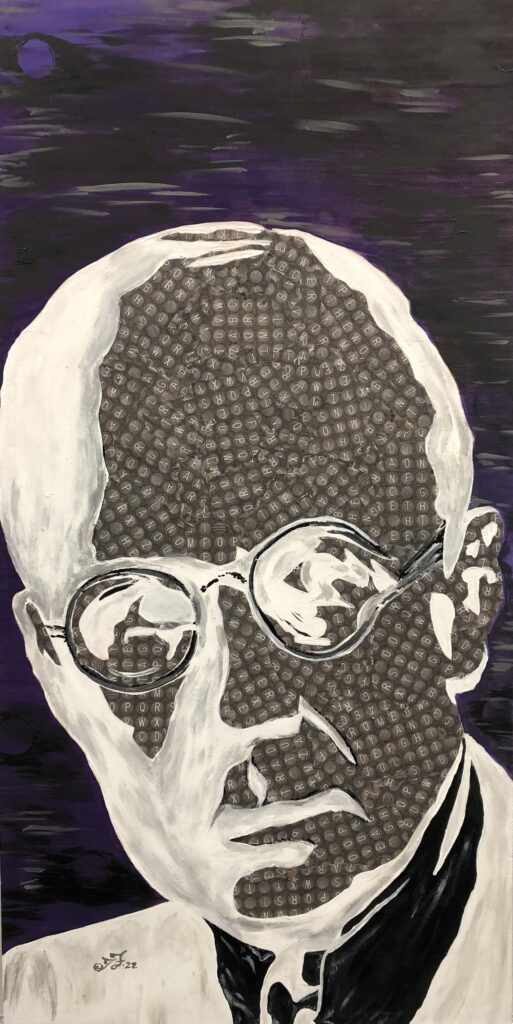 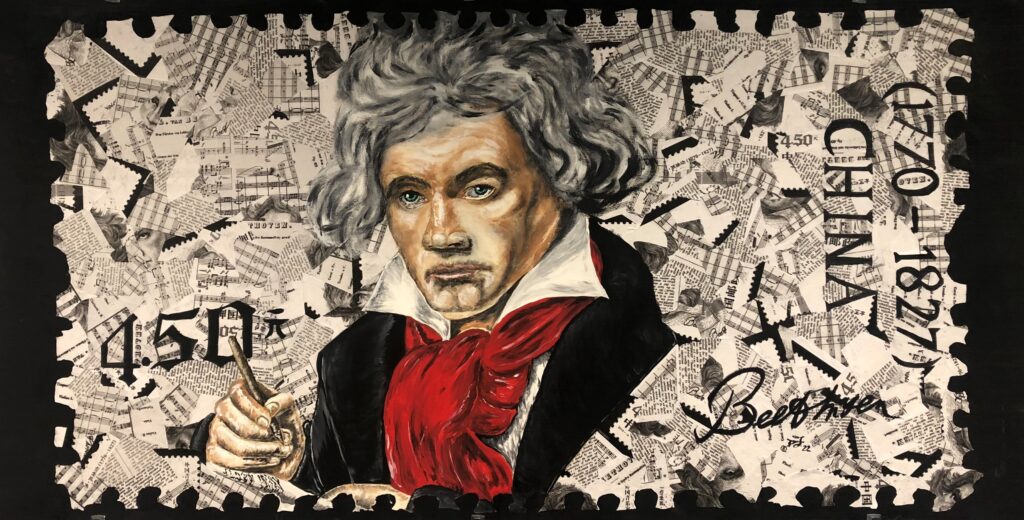 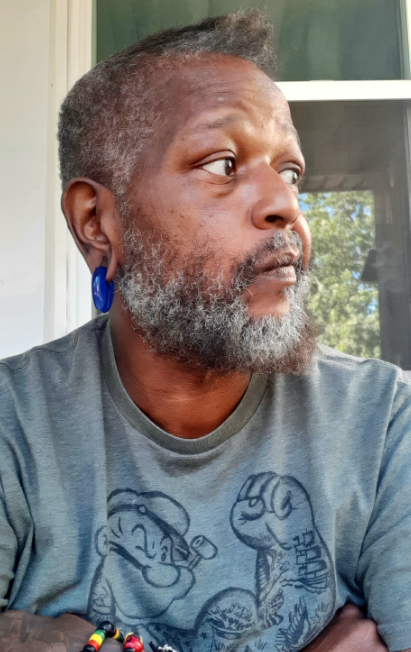 Errick Freeman, aka Pach Atomz, is an artist specializing in original pyrography techniques and the head artist of this years Canton Symphony Orchestra art project. Freeman was born in Delaware, Ohio in 1974. Growing up in a low income family, Freeman started creating and inventing at an early age. He would re-purpose old toys, jewelry, and found objects for entertainment. Some of his first drawings were of his childhood hero, Voltron. By the age of 10, Freeman had already been featured in his first art show. In the late 80’s, Freeman and his mother, regularly vended his artwork and imported artworks on Court Avenue NW, in downtown Canton Ohio. They were one of the first art gallery proprietors in Stark County Ohio. Freeman was one of the first advocates for creating the Canton Arts district. Although Freeman attended Kent State University, and has some experience in glass blowing, he is mainly a self-taught artist. His creations of color images, by the use of fire, are an original technique, that he has been practicing and developing for the past 20 years. He finds the people around him intriguing, but states that he does not necessarily need inspiration to create, he just creates. Like breathing, it is essential and comes naturally to him. Freeman has an extensive list of accomplishments including his participation in Bliss Art Studio, a co-op art gallery in Canton, Ohio’s art district, for almost 5 years from 2008 to 2013. In 2013, he was selected to appear in Art Takes Manhattan, and The Story Of The Creative, in New York City. Freeman was also selected for The 9th Annual OOVAR Juried Art Exhibition, in 2014-2015, resulting in his work being on display at the State Libraries Of Ohio in Columbus. More recently, Errick’s work is in the first issue of the AFG Art Book, published in 2019. He also has a 2019 published interview with TONY magazine out of Japan. In April 2019, Freeman was selected to participate in one of the world’s most prestigious art shows, ArtExpo New York.

Errick is a long time residence of Canton and father of six beautiful children. He has encouraged his own children to pursue their interest in the arts, and has helped create opportunities for them, and other children seeking the creative path. As a proud and dedicated artist, he will continue to advocate for the arts in the city of Canton, Ohio.

“The life of an artist is not easy. Our thoughts can often be abstract, and sometimes we look like mixed media. It’s not uncommon for us to speak like this.” -E. Freeman

Payton Finley at only 15 years of age has started to carve her name in the wall of being one of the premier, Stark county artists. She has assisted and taught classes for the youth in the Enrichment Arts Program. She worked in concert with her father, DaQuane Finley, and Errick Freeman in the creation of two wood sculptural murals for Enrichment, that are displayed downtown Canton, Ohio. In addition, she was also a featured chalk artist for Canton’s First Friday Event. Payton has donated her time for many community events, painting faces for the youth. Her work has been featured as the design for the official t-shirt for Oakwood Middle School Art club. Payton also sings in the school choir at Glen Oak high school and she is active in Drama as well. There will be much more to come from this young artist. 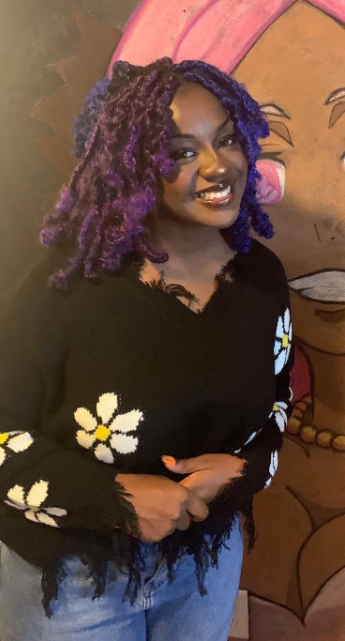 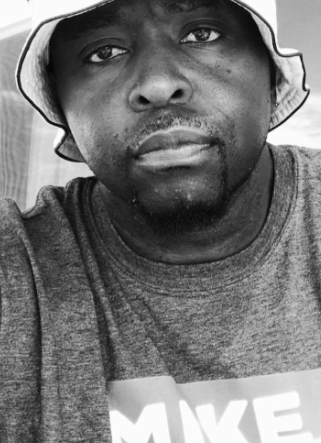 DaQuane Finley has over 30 years of professional art experience. His knowledge has led him to teach high school art classes and serve as a recreation director in a number of residential programs for adults and teens, where he facilitated art therapy groups. He has been producing water color and oil portraits on commission. His work has been on display in Stark County in multiple galleries including Massillon Museum of Art and Second April. He had a 3-month showing at Jupiter Studios in Alliance and a solo showing for Black History Month at Stark State College. He recently worked with his daughter, Payton Finley, and Errick Freeman on the creation of two wood sculptural murals for the Enrichment Arts Program, that are displayed in downtown Canton, Ohio. His works can also be found on t-shirts and other items through his business (DEsigns Custom Vinyls) that he operates with his wife Erica. He is also an accomplished HipHop Artist with multiple albums available on every digital circuits